IT'S FINALLY HERE. The cinnamon roll bread of your dreams (and mine too!).

This Cinnamon Roll Bread recipe took many, many attempts to get it justtttt right, but it was so worth the effort, because it turned out AMAZING! So good that I've already made 2 batches this week! It's healthy enough to enjoy for breakfast, yet still indulgent enough to feel like a treat. You know how I do.

Please allow me to introduce you to this Grain-Free Cinnamon Roll Bread. TOPPED WITH A VANILLA GLAZE. All caps necessary. 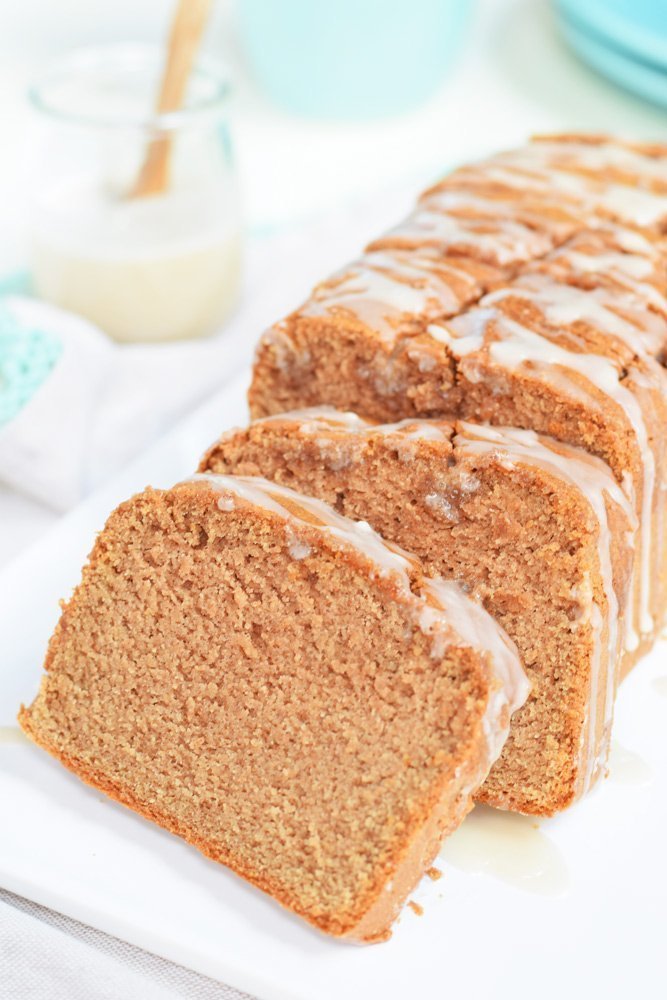 Truthfully, this could be one of my favorite bread recipes of all time. I know this because I can't stop baking and eating it.

It's moist, tender and infused with warm cinnamon spice and so delicious that it's bound to become a forever family favorite.

I originally created this Cinnamon Roll Bread because I reallyyyyy wanted an actual gluten-free cinnamon roll (I mean, who doesn't?!)…but making cinnamon rolls is a process and a half. It typically requires letting the dough rise, rolling it out…and all that jazz that ain't nobody got time for. Sooo…here's what I made instead! All the flavors of a cinnamon roll made into a DELICIOUS, grain-free and dairy-free bread, that's SO easy to make!

I test the majority of my recipes on my training partners at my gym because they're (brutally) honest, and super quick to tell me if something needs work. Being nice doesn't help with recipe testing, so I'm thankful for their honesty…and I've grown some thick skin, haha. 😉 When I brought in the final test of this Cinnamon Roll Bread, everyone just about died over it! It turned out SO GOOD. Like, SO SO GOOD. 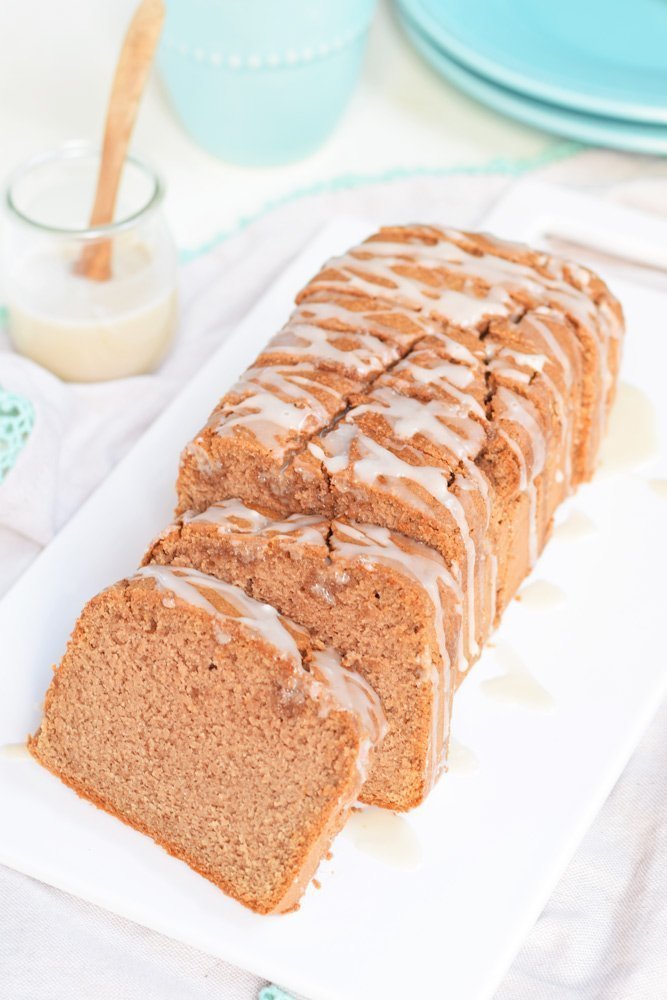 What's In This Cinnamon Roll Bread?

Just look at that texture! I can't stop staring at it. Or frankly baking this bread! 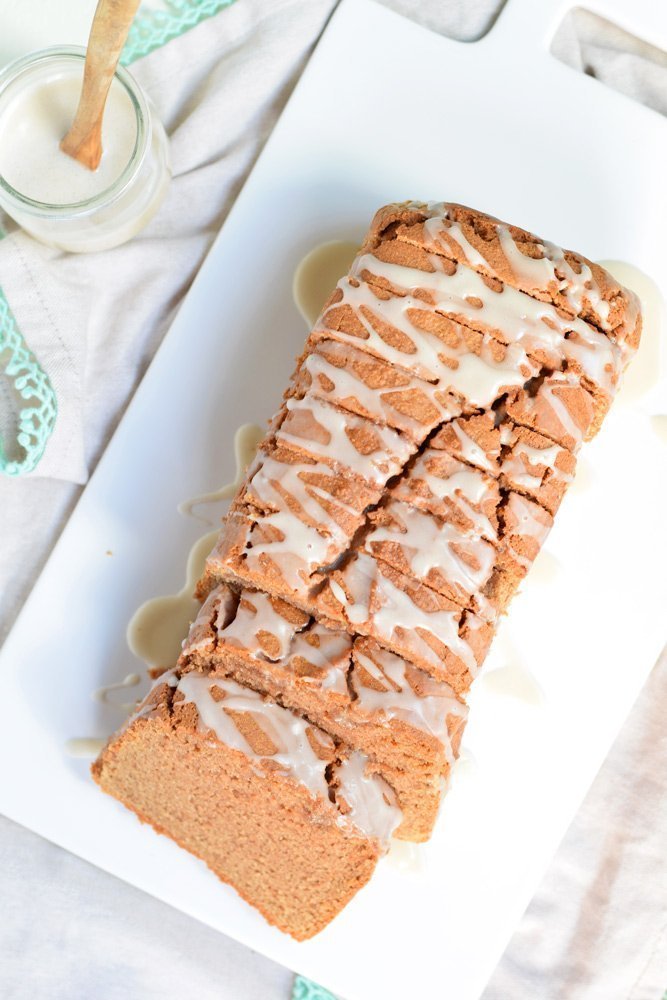 Not only is the vanilla glaze for the cinnamon roll bread easy to make, but you'll find yourself wanting to put it on just about anything and everything. Of course, the glaze is completely optional but I find that it adds a special touch to the bread and makes it taste even more like cinnamon rolls. All you'll need is powdered sugar, coconut or almond milk and vanilla extract. Yum.

I used organic powdered sugar (which uses tapioca starch instead of cornstarch) but you can easily make your own paleo-friendly powdered sugar as well!

How To Make Cinnamon Roll Bread Into Muffins

This Cinnamon Roll Bread can also easily be made into muffins using the instructions below. If you are making muffins, I HIGHLY recommend using parchment muffin liners, as grain-free muffins tend to stick to regular liners, and losing half of your muffin is kinda the least fun. If you don't have parchment liners on hand, I've heard that spraying regular liners with coconut oil works well too! Don't forget that delicious vanilla glaze. 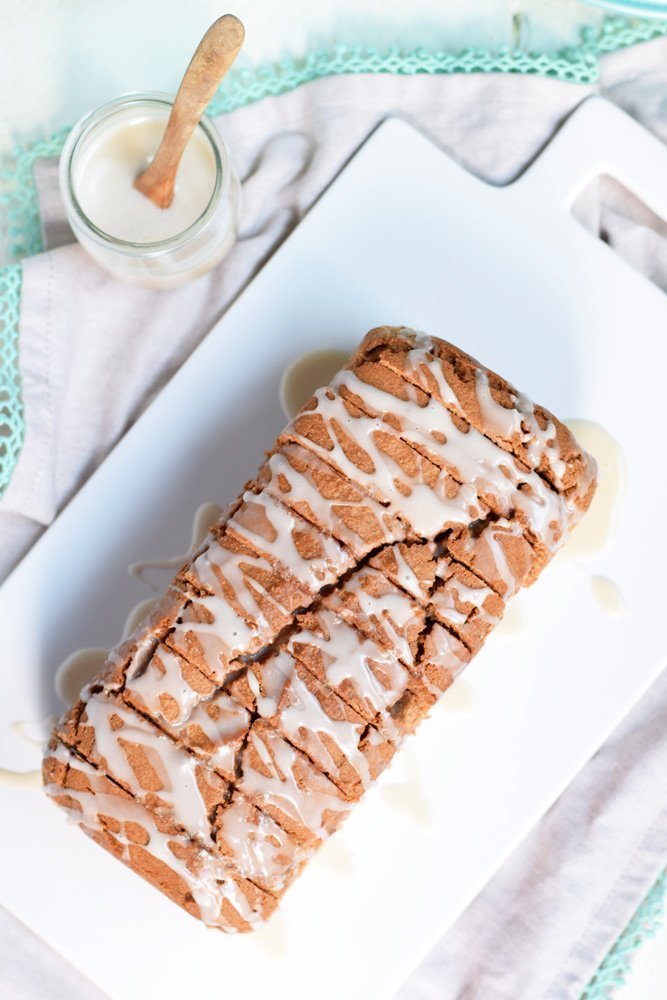 This bread will last for a day or two on the counter, but after that I suggest wrapping it up and keeping it in the fridge. Cinnamon Roll Bread will freeze beautifully. Simply wrap the bread tightly with aluminum foil, then place in a freezer bag or stasher bag. Bread will keep in the freezer for up to 3 months.

I hope your family loves this cinnamon roll bread recipe as much as mine does! Happy baking! If you give this recipe a try, be sure to comment below and let me know how it turned out for you. Also, I would love to see your creations on Instagram. Be sure to tag me @livinglovingpaleo!

Enjoy this recipe for my Cinnamon Roll Bread!

This cozy grain-free cinnamon roll bread recipe is loaded with warm spice and naturally sweetened with pure maple syrup. Perfectly moist and topped with the most addictive vanilla glaze. 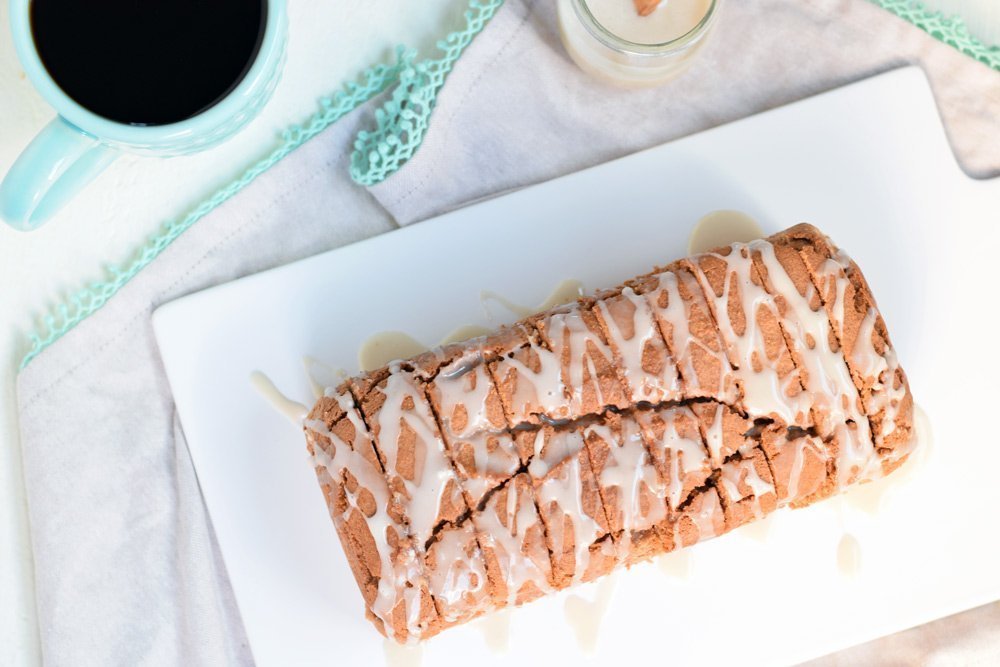 To Make The Bread: 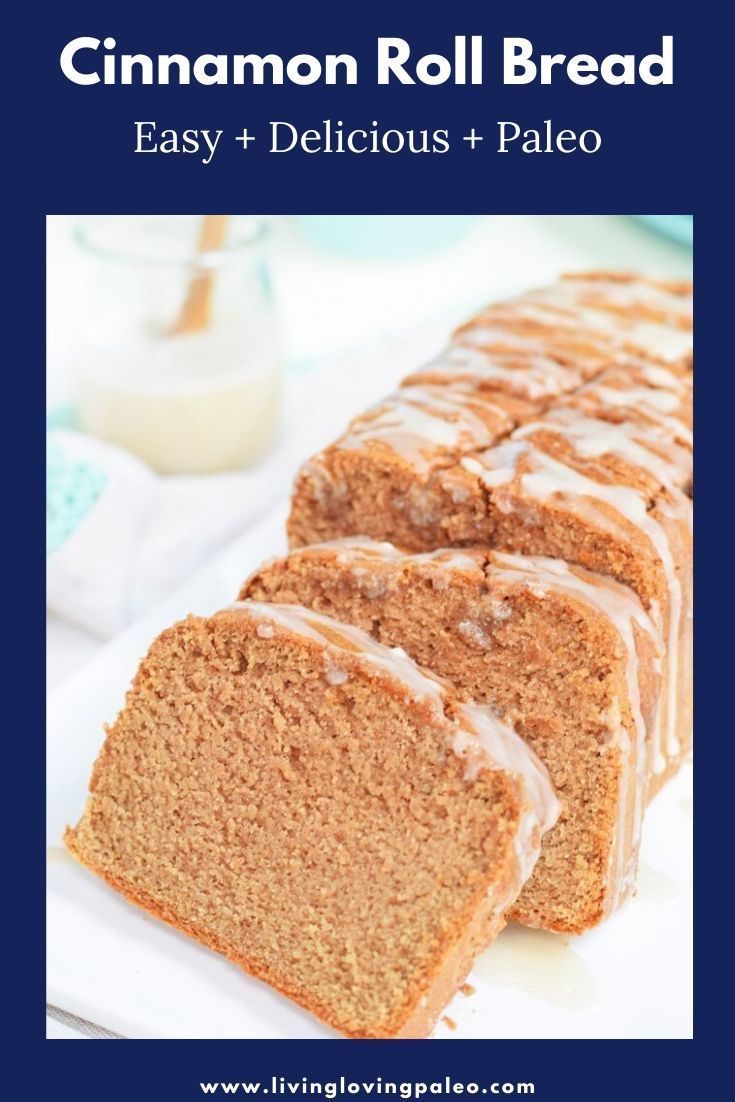