I’m often asked what exactly I did to heal my gut and my immune system from years of medications and illness, and how I knew what diet changes I needed to make, so in today’s post I’m talking all about how I healed my body.

The reality is that before I started this journey, I had no idea what I needed to do in order to heal, or what diet changes to make. I just kept trying whatever I could until I finally found what worked. 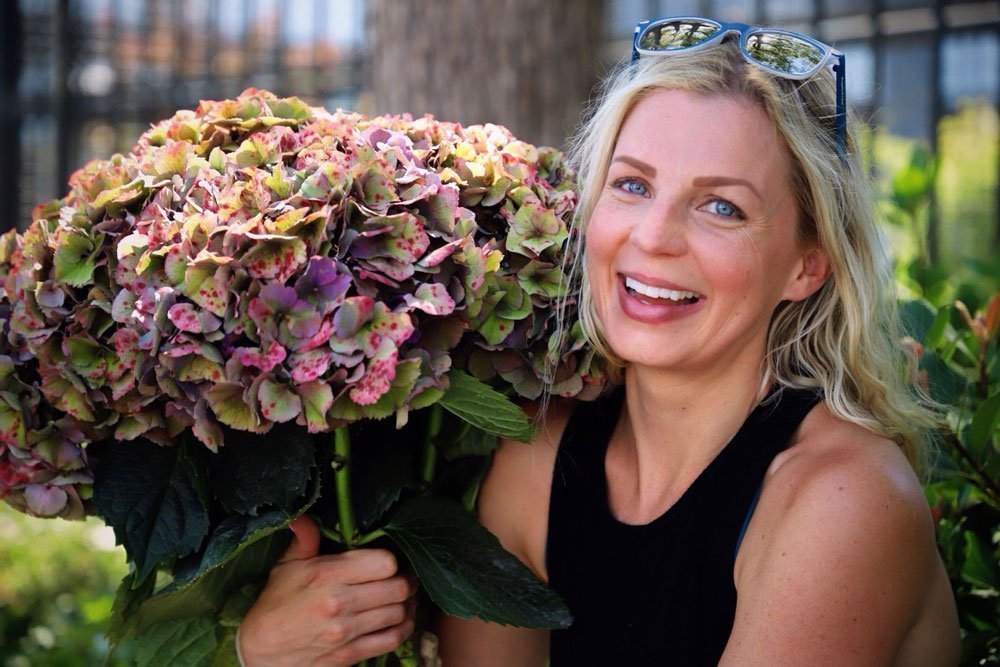 I’d tried many different diets before I switched to paleo – some didn’t do anything, and others only made me feel even worse.

Over the course of 2 years, after my last surgery in 2011, my health continued to decline, and in early 2013, my doctor wanted to do sinus surgery, due to my constant, chronic sinus infections. That was my hard “absolutely not.” It was my rock bottom and the day that I changed my diet to focus on a paleo approach, although I had no idea what to expect.

Paleo was my last-ditch effort because I quite frankly didn’t know what else to do. It was and something that I knew very little about, but I did know that it meant eliminating bread, cereal, and pasta, which was something that I really had zero desire to do, but I quite literally felt that I had no choice.

From there, it hasn’t been a straight and easy ride. It’s looked way something more like this… 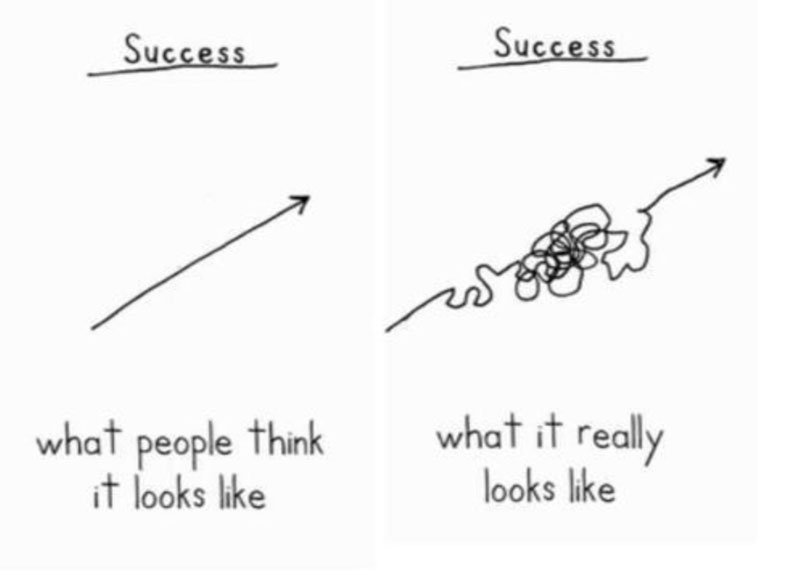 Hitting my rock bottom is what it took for me to realize that I needed to make a drastic change. Now, it’s easy for me to sustain this healthy lifestyle, where when I was first starting, it felt SO HARD.

I know that when you’re not feeling your best, and especially when you’re really sick, that’s pretty much the last thing that you want to hear.

I would have given ANYTHING for someone to just tell me exactly what to do, but once I healed, I realized that it doesn’t work that way.

Here on my website, I’ve written about every path that I’ve taken to how I healed my body, but I often find that I’m sending my readers in all different directions. So with that, I’m going to do my best to round everything up here on this post, all in one place, just for you.

One of the things that I most want you to know is that I definitely didn’t do all of this at once. I started on this journey with getting out of my own way and changing my diet, and then the rest of this came later, through years of looking inside and doing the inner work, and also through tons of trial and error.

I hope that it goes without saying, that this is what worked for ME. I’m in no way shape or form saying that this will at all work for you or that you should ever do anything mentioned in this post. Always talk to your doctor and always trust your gut.

How I Healed My Body!

This one was a TOUGH one for me to admit at first. It wasn’t easy to say that I got in my own way…but I absolutely did.

Quite simply put, I was afraid of two things.

First, I was afraid of getting so healthy and then losing it all.

Second, I was afraid of gaining my health back and then having to fully show up and own my power.

Both scared the shit out of me, and I wasn’t even fully aware of it at first.

It would have been EASY for me to blame others, like my doctors, but I realized that would get me nowhere. In order to get to the life that I live now, I had to do the inner work, which is some of the hardest work that I’ve ever done, but it’s where the magic happens. This is where my journey truly started.

I Changed My Diet:

In February 2013 I drastically changed my diet to follow a paleo approach. After I got out of my own way, this was the next step. I’d tried other diets before this, some of which made no difference, and some which made me feel worse.

After changing my diet to paleo, I noticed a HUGE difference on day 21, when I woke up in the morning with more energy than I ever remember having. From that day on, I stuck to following a paleo diet for 2 years, until I felt that my gut and body had healed enough to start reintroducing certain non-paleo foods.

Over time, I’ve found that I do really well with some gluten-free grains along with grass-fed dairy. Gluten is the one thing that I’m always sure to avoid, as after being accidentally “glutened” in a restaurant a few years back and being sick for 3 days…I discovered that it isn’t even worth it for me. Since then, I’ve found my freedom with food.

Hands down, this is the greatest thing that I’ve ever done for myself. Creating a positive mindset is what helped me to release any excuses and get out of my own way. I’ve written out everything that I know about how to train your brain to create a positive mindset so that you can learn to do the same.

Forgiveness is EVERYTHING. In order to fully heal, I had to learn to forgive my entire past, others, and most importantly, myself. You can read more about my process of forgiveness in this post.

Shortly after my last surgery, I was diagnosed with Adrenal Insufficiency, meaning that I had zero cortisol output. It was an extremely tough journey, but I learned the most priceless lessons through my healing, and I wouldn’t change it for anything. I’ve written two posts all about how I healed my adrenals: Part 1 and Part 2.

In this post, I wrote all about the steps that I took to fully heal my gut (as well as my immune system) from years of illness and medications.

Functional medicine has been a complete game changer in my life. To me, it’s the perfect blend of conventional and natural medicine, with practitioners who really just get it, and who truly listen. They also work to find the root cause of illness, which is rad, as that’s where true healing happens.

My practitioner (also a good friend of mine) is Andrea at the Remedy, who I very highly recommend if you’re local or can travel. If not, you can search for a functional medicine practitioner in your area on the Institute of Functional Medicine website.

When it comes to finding a great practitioner, after checking out the website that I linked to above and finding someone near you, ask if they offer a free 10-15 minute phone consult to see if you’ll be a great match, and as always, trust your gut.

As I’ve written about in my morning routine, when I take the time to meditate, my life is infinitely better. I keep my practice super simple and meditate for 12 minutes, most mornings. I’m not perfect, but I do my best to keep at it, as it really does make a noticeable difference for me.

Getting Outside in Nature:

I also wrote about this in my morning routine that I shared, and the importance of spending time outside. I’ve learned to never underestimate the healing power of getting outside and breathing the fresh air.

Now before you possibly start feeling overwhelmed by all of this…

If you’re feeling like “this feels SO HARD, and there are so many pieces” …know that I’ve been there too.

It can feel so hard in the beginning, but if you stick with positive changes, regardless of what it is, it ALWAYS gets easier.

Start with just ONE thing. Whatever it is that feels right to you – start there. Like me, it might just be getting out of your own way and releasing any excuses.

That’s truly been the magic for me. Decide what it is that you want, and just start wherever you are, with whatever you have.

PIN IT FOR LATER: How I Healed My Body 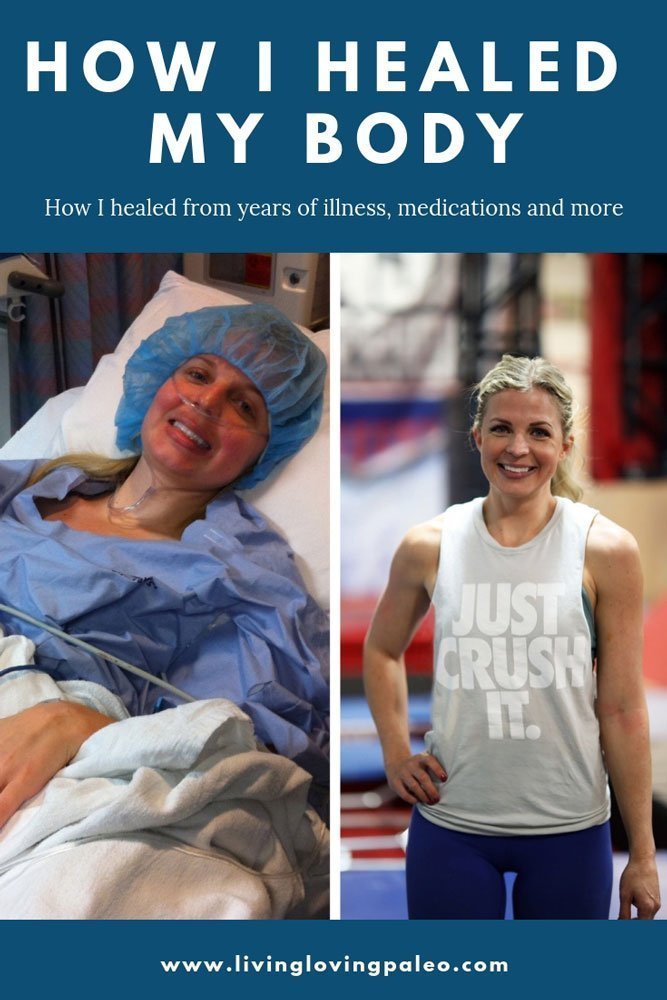